Background: Inspired by personal experiences of travelling with a friend who has type one diabetes, INSU addresses the need for a different approach to the design of medical devices. My research moved on to look at current insulin pumps and the requirements placed on the user by these pumps. Feedback from diabetics was generally that the pump is bulky and ugly. For females especially, the issue is attaching the pump to clothing when they don’t have pockets.

Outcome: INSU is a concept product, designed to improve the lives of those living with type one diabetes (the glucose monitor can also be worn by type two diabetics). Consisting of a continuous glucose monitor and an insulin pump, INZULA is a closed loop system for managing type 1 diabetes. A current and non-stigmatising aesthetic combined with an effortless and more pleasurable user experience. 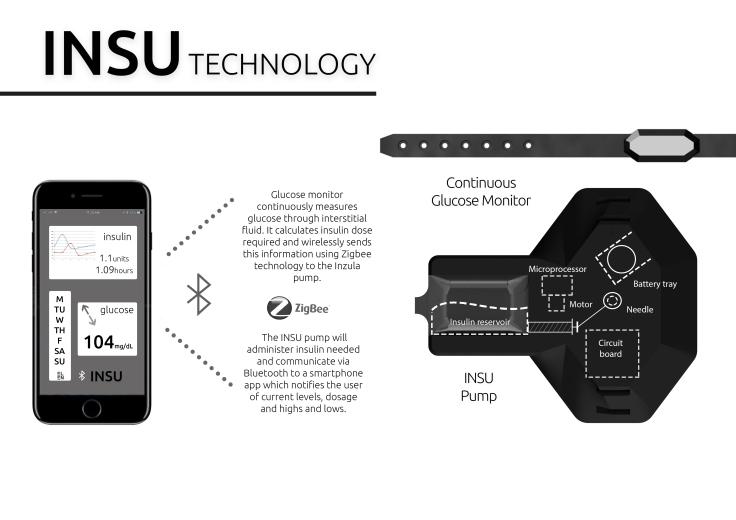 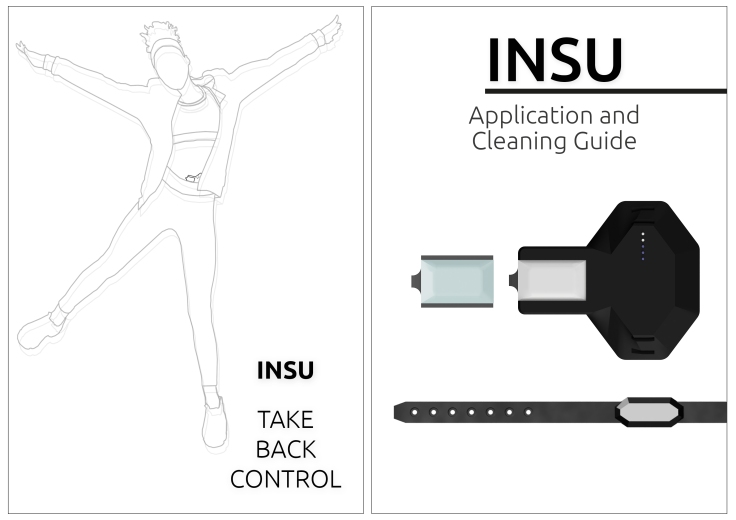 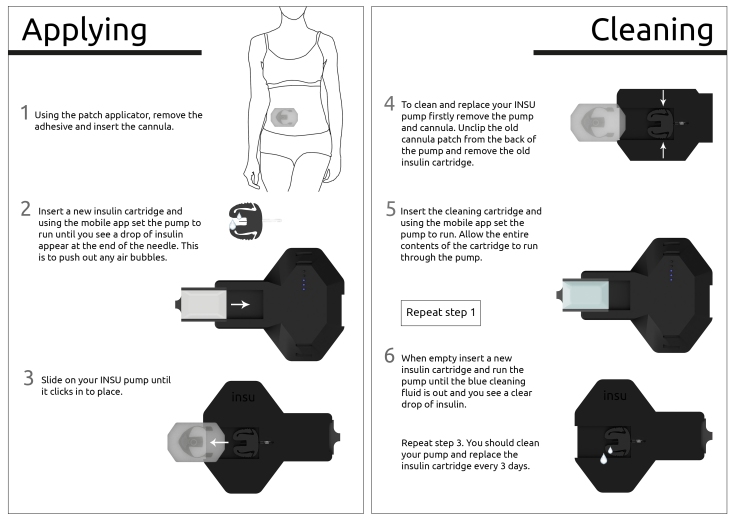